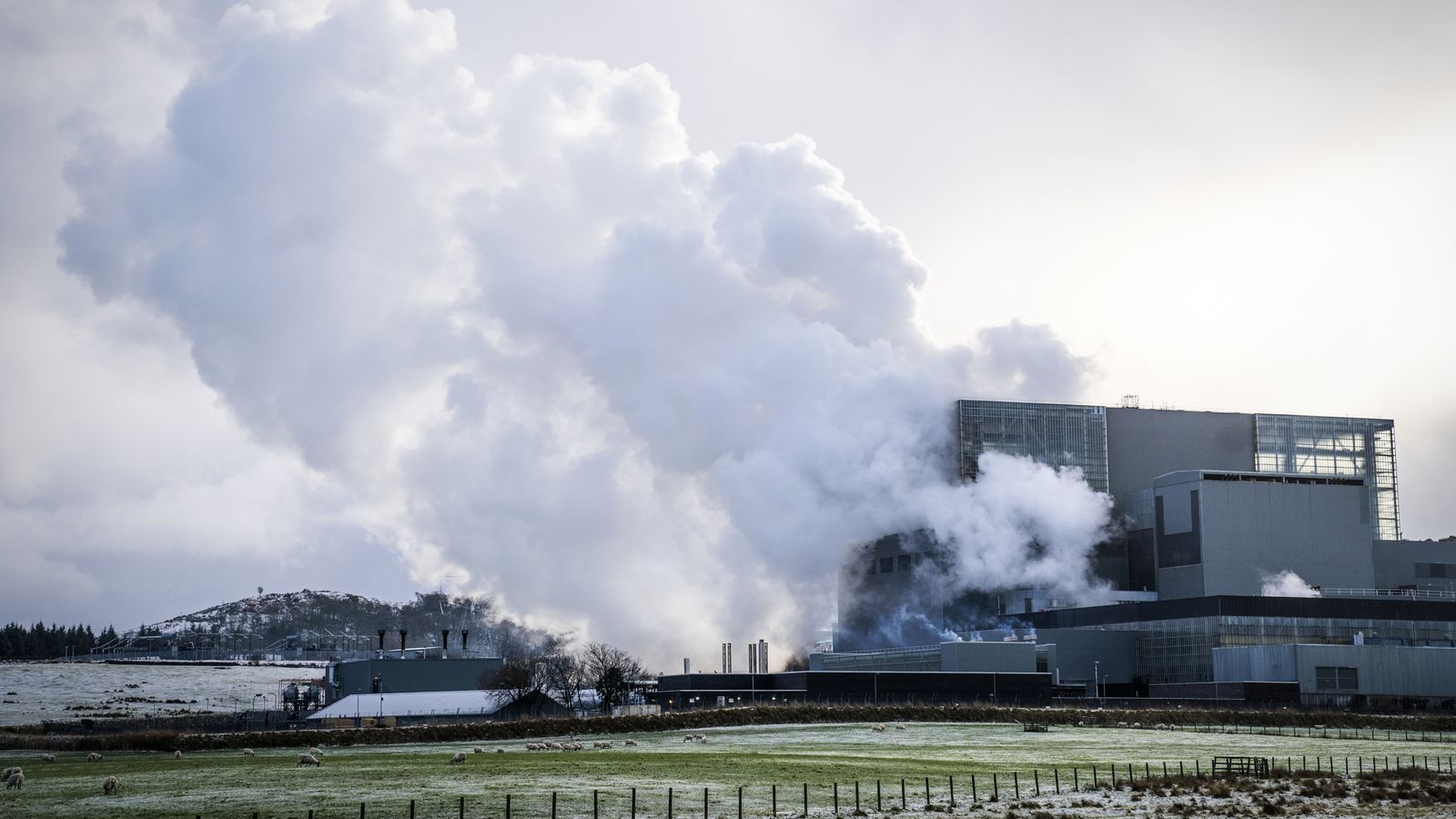 Hunterston is a human story too.

It showed in the gathering of around a dozen former employees who lined the approach road to watch this nuclear power station, their station, breathe its last.

The 40-second rapid release of steam into the cold January air was a final blast from a 46-year-old fixture on Scotland’s west coast, a spectacle to symbolise its end.

They can spew the steam into the sky now because it won’t be needed to drive the turbines anymore. Their work is done, as the decommissioning process kicks in.

The job of defuelling the plant will be a three-year process that will employ most of the 480-strong workforce, before it is handed over to the Nuclear Decommissioning Authority.

Hunterston has, historically, been one of the big employers here. Now it’ll go the same way as IBM and Inverkip Power Station, centres of innovation, expertise and hard graft that have long threaded a sense of pride along this stretch of the Clyde coast.

For the former employees of Hunterston who turned out to bid their farewells, it wasn’t a day to debate the pros and cons of nuclear energy but, rather, to remember a life’s work.

“(It’s) sad, it was a lovely place to work,” said Tom McKerrell, a former systems engineer who started as a craft apprentice in 1968.

He stood watching Hunterston’s final steam release alongside physicists Susan and John Revie, who worked alongside each other and subsequently married.

“There we’re so many people who were very committed,” said Susan. “It was very exciting.”

They are people who kept the lights on. Whatever the rights or wrongs of nuclear power, it was a job. And they returned to remember a job done.

Taiwan tensions: ‘Highly unlikely’ that Taiwan would receive aid from the west
NHS to treat 50,000 elderly and vulnerable patients in ‘virtual wards’ at home
Flybe: Will I get a refund for my flight?
Dog walker died from ‘multiple penetrating bites to neck’
What is Scorpion, the now disbanded police unit at the centre of Tyre Nichols’ death?