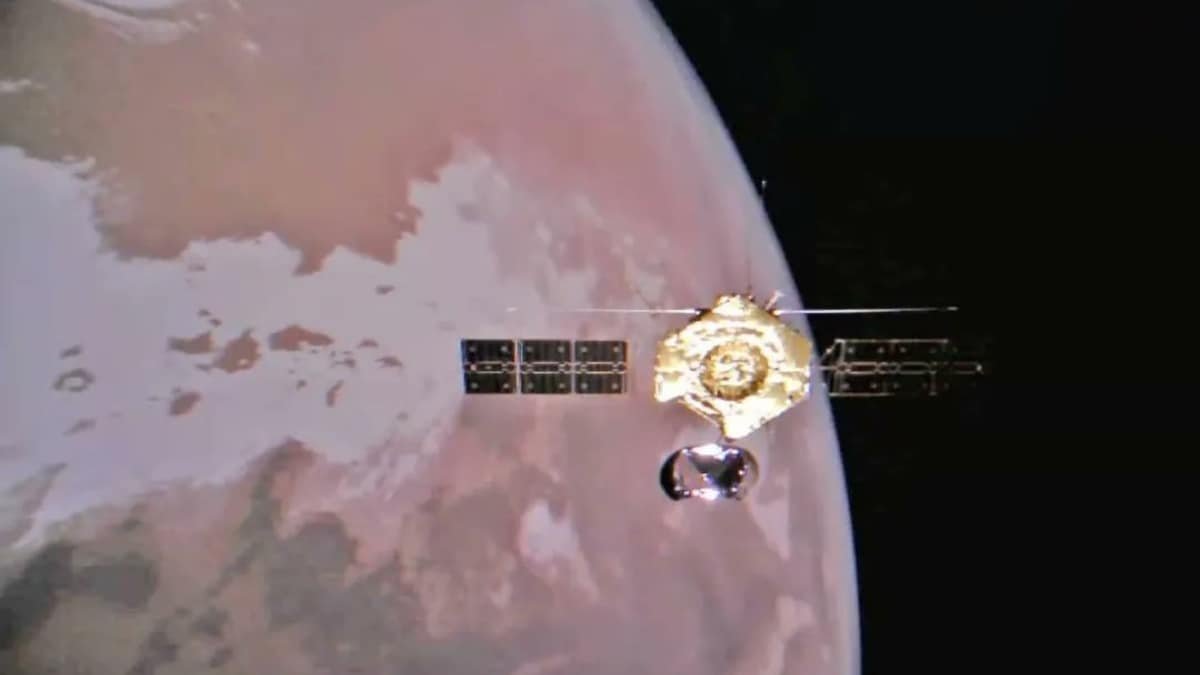 China’s first independent interplanetary mission, Tianwen-1, pulled a new year’s surprise by clicking incredible selfies on Mars above its north pole. The images showed the mission’s solar arrays and antennas as well as a partial closeup of the orbiter. It also showed the Red Planet’s northern ice cap. Tianwen-1 released a small camera to fly free above Mars and captured the stunning images. The camera then relayed back the photographs to the orbiter via Wi-Fi. Tianwen-1 helped land the Zhurong rover on Mars in May 2021.

The images give an unprecedented view of a spacecraft orbiting Mars. They show the golden body of the orbiter, its silver high-gain antenna that is used for communications. These photographs have garnered a lot of attention on social media, including those involved in Mars photography from other space agencies.

Tianwen-1, which launched from Earth in July last year in the middle of the pandemic, entered orbit around Mars in February 2021. The probe comprises an orbiter, lander, and rover.

This was the second such feat achieved by the orbiter. Previously, Tianwen-1 had deployed a small camera to capture photos of itself while moving in deep space on its way to Mars, reported Space.com.

Sun Zezhou, Tianwen-1 chief system designer, reportedly told Chinese state media that the orbiter was in excellent shape and could be seen flying around Mars in a functional state, with the solar panel wings, directional antenna, and some of the antenna facilities clearly visible.

Tianwen-1 is China’s first exploration mission to Mars. The orbiter’s goal is to map Mars’ morphology and geology, study its ionosphere and the electromagnetic and gravitational fields and then act as a communication relay centre for the rover to send and receive information from Earth.

Using this probe, Chinese scientists hope to find more evidence of water or ice on Mars.