Boris Johnson acknowledged the NHS is on a “war footing” but said he would not bring in further restrictions as he faces pressure from his own MPs.

The prime minister used a news conference on the eve of a review of Plan B measures to perform a balancing act as COVID cases soar to record numbers.

He told the nation on Tuesday evening: “We’re mobilising our volunteers – the emerging territorial army of the NHS – and we’re working to identify those NHS trusts which are most likely to need actual military support, so this can be prepared now.

“As our NHS moves to a war footing, I will be recommending to cabinet tomorrow that we continue with Plan B, because the public have responded and changed their behaviour, your behaviour, buying valuable time to get boosters in arms and help the NHS to cope with the Omicron wave.” 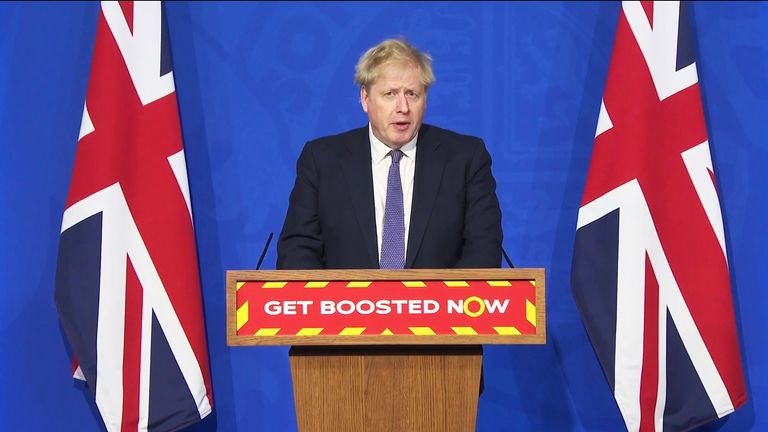 PM: ‘Plan B will continue’

Mr Johnson’s decision to not change any rules came as no surprise, as ministers over the past two days have consistently insisted the data “does not support further restrictions”.

The PM is facing pressure on one side from medics to bring in more measures as the NHS comes under pressure, and from his own Tory MPs on the other side to refrain from introducing further curbs on people’s freedom.

While no further nationwide measures are being brought in, Mr Johnson announced testing is being ramped up for 100,000 critical workers who will have to take daily lateral flow tests before work to try and ease staff shortages caused by the highly-transmissible Omicron variant.

For now, the 101 Tory MPs who rebelled against the government when voting on bringing in Plan B restrictions in mid-December – the largest rebellion of Mr Johnson’s premiership – will likely be placated. 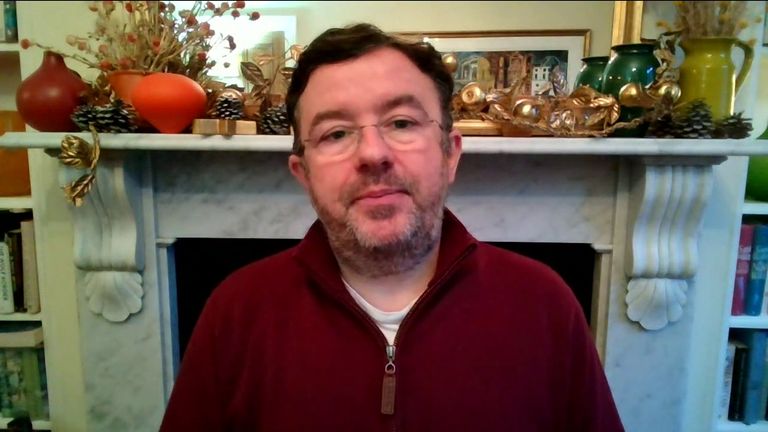 ‘There are glimmers of hope’ for NHS

Just hours before the PM said he did not want to bring in further measures, the Royal College of Nursing (RCN) urged ministers to introduce “a more cautious approach for England without further delay”.

The union, which has more than 465,000 members, said the NHS can “ill afford” the current level of absences and questioned the “confusing and concerning” differences in coronavirus measures in the different UK nations.

NHS staff absences in England due to coronavirus doubled in the two weeks to Boxing Day, the union said.

Scotland, Wales, and Northern Ireland have all brought in stricter measures, but Mr Johnson has so far resisted doing so for England. Chris Hopson, chief executive of NHS Providers, which represents health trusts, told Sky News absences are having a “massive impact” on the NHS, which is “really struggling in some places”.

He said the health service is currently under “real pressure” as a result of increasing hospital admissions, demand for non-COVID care, and staff absences.

But he added there was a “glimmer” of good news in that London will probably emerge from the current wave first, with hospital admissions dropping to one to three percent in the last three days in the capital.

Read more: What London’s COVID data tells us about what might happen in the coming weeks