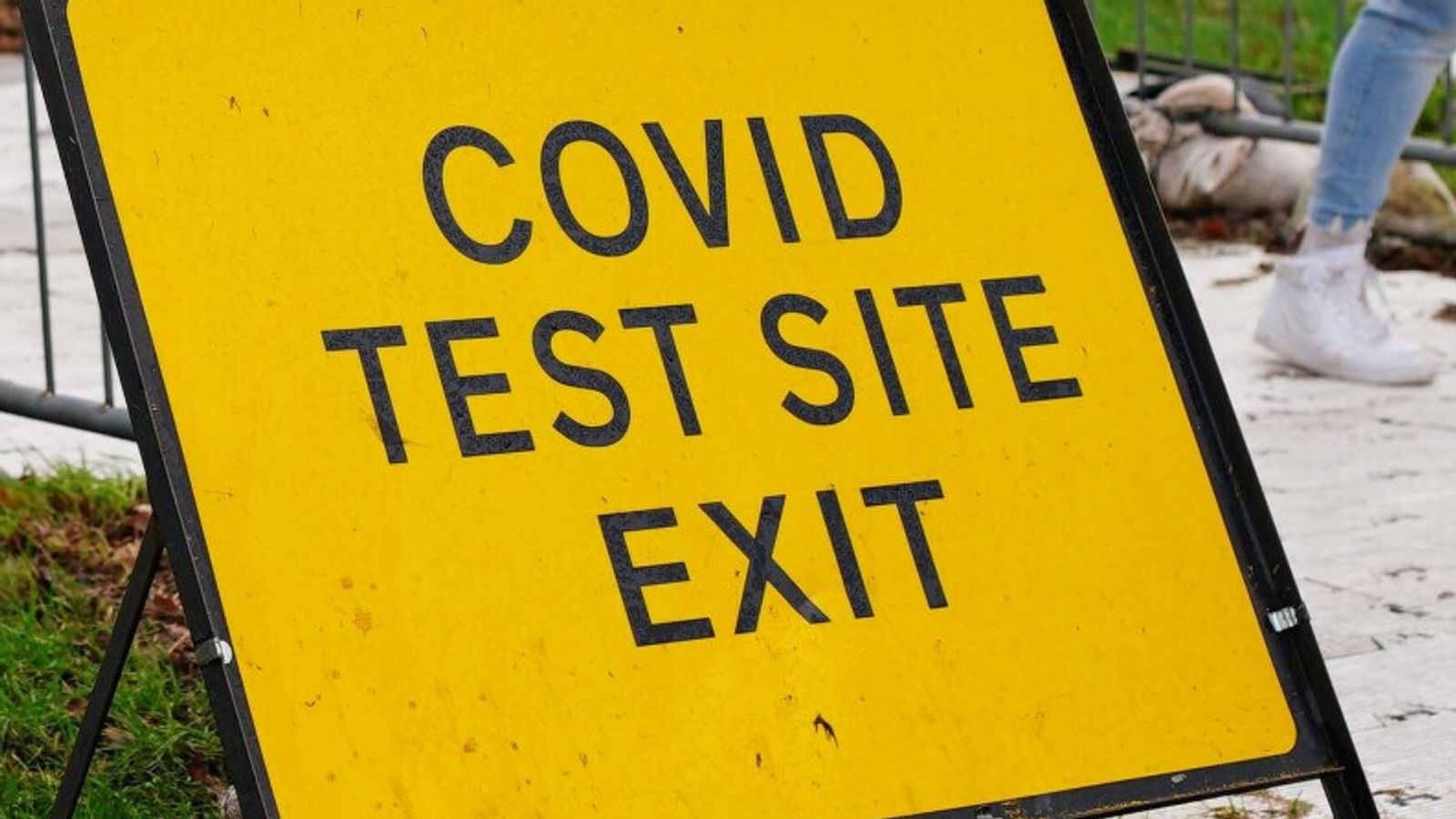 Further COVID restrictions in England are not expected this week thanks to people testing and getting their boosters, a cabinet minister has suggested.

His confidence comes despite warnings from NHS leaders about an intensifying ‘health emergency’ as COVID admissions rise.

Cabinet Office minister Stephen Barclay said there has been a “significant behaviour change” by the British public since Plan B measures were introduced in early December.

It includes wearing facemasks in most indoor public areas, increased testing, work from home guidance and COVID passes for large events and in nightclubs. 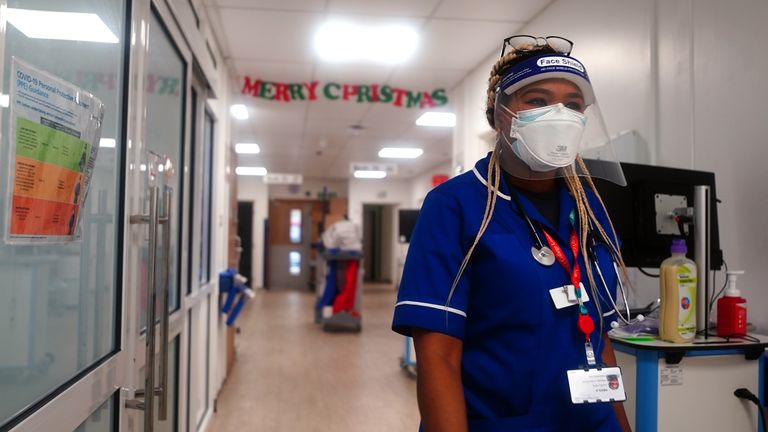 Javid: We must learn to live with COVID


Asked whether further restrictions for England could be announced in the coming week, Mr Barclay said: “We don’t think the data supports that at this stage.

“Of course we keep the data under review but we’ve seen significant behaviour change as a result of plan B.

“The widespread use of testing is an illustration of the fact the British public are taking sensible steps to take themselves safe, to keep friends and family safe.

“That’s why there has been such a demand for testing in recent weeks.

“So that, combined with the booster programme, is the key way as a country we will avoid the need for further measures.”

Figures on Saturday showed hospital admissions in England have risen to their highest level since January 2021, while the number of NHS hospital staff absent due to the virus nearly doubled in a month.

Recent UK Health Security Agency (UKHSA) data shows people who are unvaccinated are up to eight times more likely to be admitted to hospital than those who are fully jabbed.

Ahead of the return to school, the government has announced that secondary school pupils will now also have to wear facemasks in classrooms.

An additional 7,000 air cleaning units will also be provided to schools, colleges and early years settings.

The NEU teaching union said the number of ventilators is “completely inadequate” but other school leaders welcomed the move.

Labour also said the facemasks and ventilators were positive moves, but some Tory MPs have called for the evidence behind the decisions to be made public.

Education committee chair and Conservative MP Robert Halfon said: “There is a lot of evidence out there from Belgium, to Canada, to the United States, suggesting that masks on children have a damaging effect”

Over the past week, there have been a widespread shortages of lateral flow and PCR tests after Boris Johnson told people to take a test before seeing family and friends.

Health Secretary Sajid Javid said on Thursday the government will triple the supply of lateral flow tests to 300 million per month by February, but added that as current shortages persist “we expect to need to constrain the system at certain points over the next two weeks”.

Diva bear can’t stop taking selfies on wildlife cam
War in Ukraine: ‘This is not where Russia planned to be’
Why is the UK economy predicted to perform so badly?
‘Can’t wait for this guy to die’: Reporter reveals some GOP sentiment towards Trump
Nadhim Zahawi sacked as Tory chairman over tax affairs row