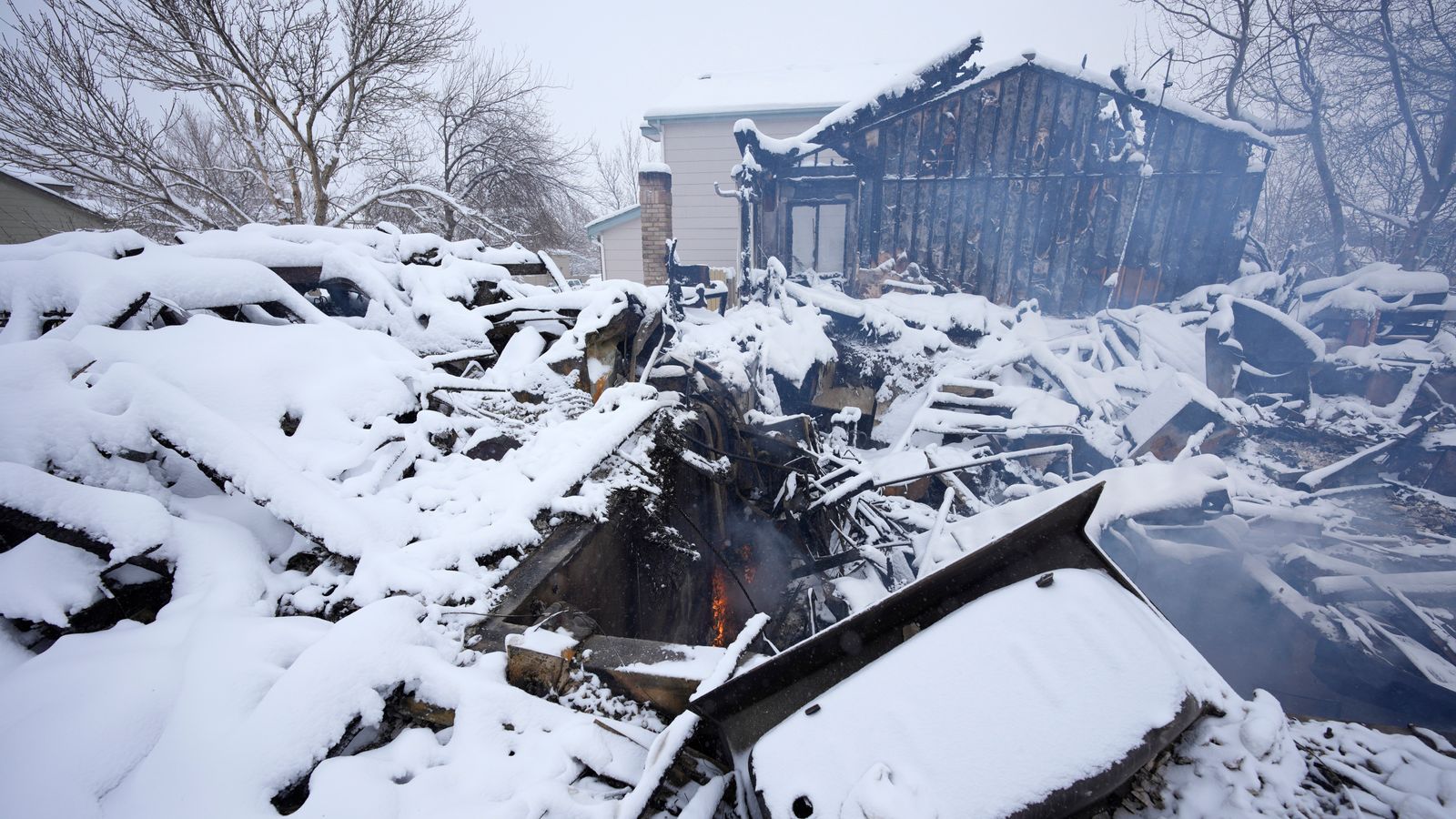 Snow and shivering temperatures have compounded the misery for hundreds of people whose homes were destroyed by a wildfire that tore through residential areas in Colorado.

The blaze burned through at least 9.4 square miles (24 square km) on Thursday and firefighters eventually brought it under control on New Year’s Eve.

The fire, in and around the drought-hit areas of Louisville and Superior – between Denver and Boulder – had been fanned by winds of up to 105mph that helped flames leap to new ground. Tens of thousands of people were ordered to flee.

And as the remains of properties were still smouldering today, the snow began to fall, finally putting an end to the embers.

Families have been returning to their neighbourhoods to find burnt-out shells of their homes. In some streets, homes were reduced to smoking ruins, but other homes survived almost unscathed.

Boulder County Sheriff Joe Pelle said more than 500 homes had been destroyed, and up to 1,000 properties might have been lost, although that will not be known until crews can assess the damage.

A historic drought and heatwaves have made wildfires harder to fight in the western United States, with nine-tenths of Boulder County in severe or extreme drought having seen no substantial rainfall since mid-summer.

Keith Musselman, a snow hydrologist who lives in the region, said of the late snowfall: “With any snow on the ground, this absolutely would not have happened in the way that it did.”

The fast-moving blaze reduced some communities to just “smoking holes in the ground”, according to Sheriff Pelle.

Despite the enormity of damage, only seven people, including at least one first responder, were injured by the wildfire.

There have been no reports of any deaths but two people have been reported missing.

“It’s unbelievable when you look at the devastation that we don’t have a list of 100 missing persons,” the sheriff said.

Authorities are still investigating what started the blaze, which was reported just after 11am local time on Thursday.

Evacuations were ordered for both Louisville and Superior, which are around 20 miles northwest of Denver and home to around 34,000 people.

Surrounding these areas are towns filled with shopping centres, parks and schools.

“Now when I walk out – my home’s standing – I walk out my front door and this is what I see,” Mr House added.

When she returned to her home, Cathy Glaab found it had been turned into a pile of charred and twisted debris. It was one of seven houses in a row that were destroyed.

“The mailbox is standing,” Ms Glaab said through tears. She added: “So many memories.” 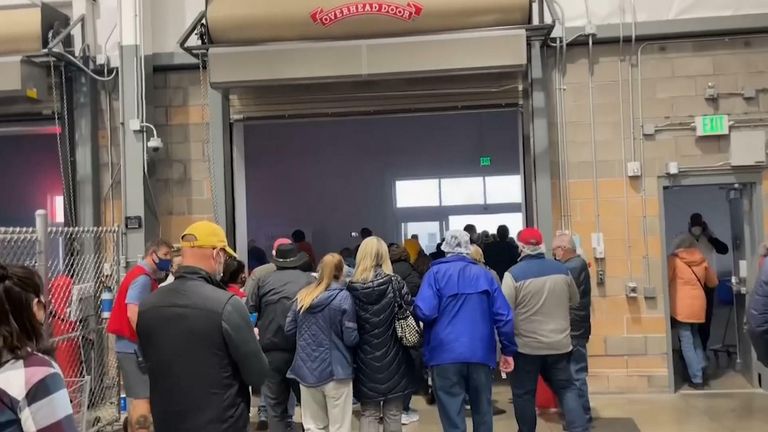 For the thousands of residents whose homes survived the wildfire, Red Cross shelter volunteers have been distributing electric heaters as utility crews are struggling to restore gas and electricity.

Extreme weather has also been taking hold in other parts of the US, with heavy snowfall disrupting road travel in the Pacific Northwest to California, and intense thunderstorms across the south damaging homes and buildings in Alabama.

The US National Weather Service has warned that long-awaited snow is expected to arrive across the Midwest, with as much as nine inches (22cm) expected to fall within hours.

“Hazardous travel conditions will develop this evening and continue into tonight,” warned the National Weather Service in Grand Rapids.

Professor breaks down why Earth’s inner core may have stopped
Tiny, radioactive capsule went missing. See where it was found
What we know about Nicola Bulley’s disappearance
War in Ukraine: ‘This is not where Russia planned to be’
No 10’s defence of Dominic Raab bullying allegations under scrutiny