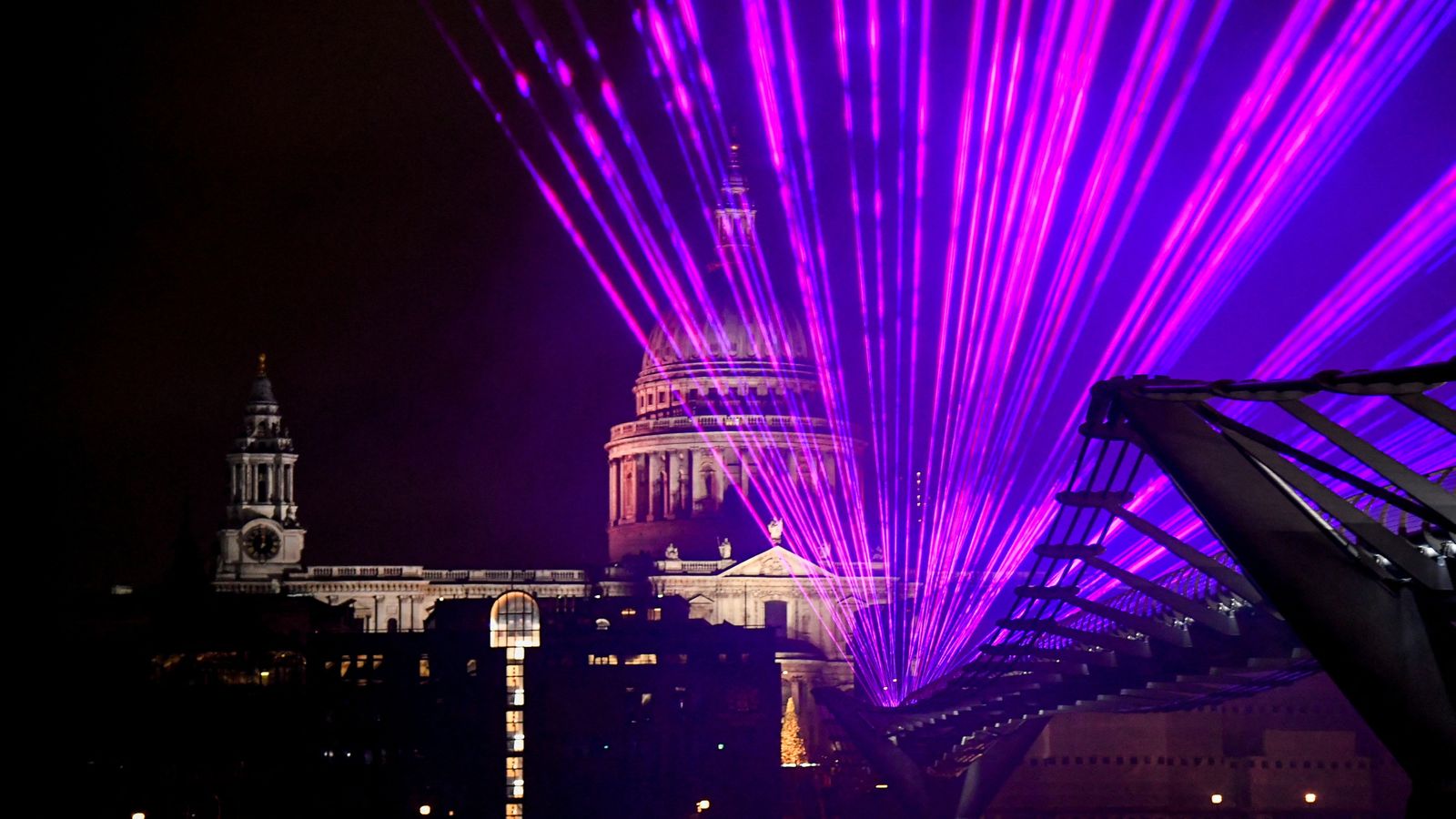 A spectacular display in London has helped the UK usher in 2022, with people turning out to watch despite being encouraged to stay at home and enjoy the show on television.

Details of the location of the spectacle, which involved a light show, drones and fireworks, were not revealed in advance amid the continuing spread of the Omicron variant of COVID-19.

The annual fireworks display on the banks of the River Thames, usually attended by up to 100,000 people, was cancelled by London Mayor Sadiq Khan earlier this year, with City Hall citing the “uncertainty” caused by the pandemic.

Speaking to Sky News ahead of the event, Mr Khan promised a “live spectacular broadcast showing the defining moments of 2021 and showcasing some of the best things to come next year”.

Amid the backdrop of record daily case rates, leaders in all four nations of the UK urged people to celebrate cautiously and test themselves before heading out.

Matthew Taylor, chief executive of the NHS Confederation, told Sky News that people should not meet in large groups and avoid risky behaviour.

Crowds were reported in Trafalgar Square and Leicester Square ahead of midnight, with fencing installed around the perimeter of the former tourist attraction to prevent crowds from gathering inside the landmark.

While Prime Minister Boris Johnson has so far held off on introducing further COVID restrictions on top of the current “Plan B” measures, the devolved administrations in Scotland, Wales and Northern Ireland have gone further.

Hogmanay celebrations were cancelled across Scotland, including in Edinburgh, with people urged to stay at home and limit how many people they met up with.

Nightclubs have been closed in the three devolved nations, but they remain open in England.

There were reports of people in Wales and Scotland heading over the border into England to take advantage of the comparative lack of restrictions there for New Year’s Eve.

China’s North Pole plunges to freezing temperatures at -53C
Tesco stores overhaul leaves 2,100 jobs at risk
Former top FBI official accused of trying to get Russian oligarch off sanctions list
Ex-boyfriend of George Santos speaks out to CNN
Inside the conclave: How it works